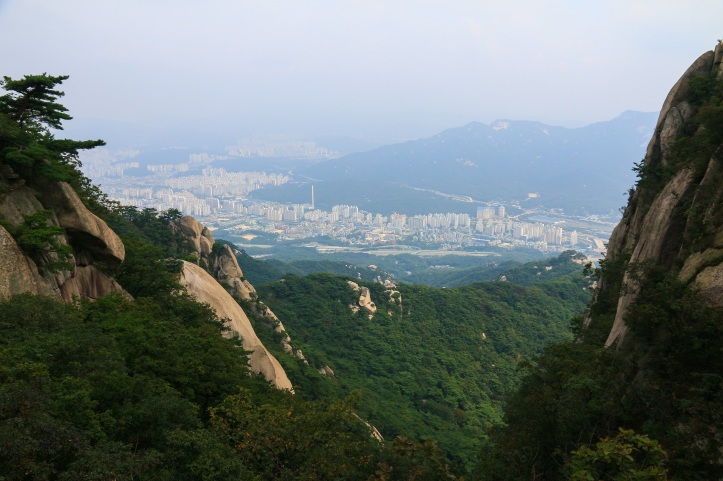 I must confess my exposure to the massive continent of Asia has been cursory and comfortable. Hong Kong, Kuala Lumpur and numerous transit airports which blend into one (if they count). In 2015, this superficial acquaintance continued with a few days stopping over in Seoul, South Korea. Seoul was kind of how I imagined – bustling streets, neon lights, amazing food, massive suburbs with massive apartment blocks and a largely passive and obedient populace blessed with youthfulness and a touch of K-Popian charm.

While I found Seoul hugely huge it was not overwhelming. The conurbation fits around pockets of mountain and parkland, often scattered with that eastern aesthetic of temples and lanterns, conifers and ponds. Various palaces and towers act as landmarks, with a comprehensive subway system making it easy to get around. Indeed, the trains run out far into the sticks, where Samsung Tower Block Number 21 stands next to identical Samsung Tower Block Number 22. Only where mountains appear do the tower blocks subside.

Bukhansan National Park tempers the northern sprawl of Seoul and is a popular escape for city dwellers. Overseas tourists seem less likely to venture here, as I discovered on a hike in which I passed thousands of people, only a handful of whom were anything other than Korean. I liked this a lot, immersed in doing what the locals do. Indeed, I was something of an attraction to several hikers, who were mildly astounded to see a European amongst them. But not in a Nigel Farage kind of way; friendly, warm, and keen to practice broken English with me without breaking out into a pompous bellowing of misplaced self-importance.

Anyway, let’s leave and get on with this walk and start with a big, big disclaimer: IN NO WAY WHATSOEVER USE THE FOLLOWING TEXT AS A PRACTICAL GUIDE!! This will become clear as you read on. A well-known guidebook offered me some narrative cues and a very rough map of the route, but I don’t think I followed it precisely. Best call in at the Dobong Information Centre near the start. And get some local advice. And be armed with some maps and a compass on your phone. And have someone who can translate Korean. And be blessed with good fortune.

One thing the guidebook did excel in was warning me that the park gets very popular on weekends with Seoulonianites escaping the city. So, I came on a Friday which, unbeknownst to me, turned out to be a public holiday. I suspected something was up on the train to Dobongsan, suspiciously bustling with people in sturdy shoes, sweat-proof tops and the kind of trousers with 12 pockets and 20 zips that cost $500. However, on the plus side it was not at all difficult to find the park entrance – just follow the multicoloured backpacked mass from the station past food stalls and stores selling outdoor adventure wear (should you decide you look conspicuously out of place in everyday shorts and a plain T shirt).

This stream of people continued along the first, generously wide and paved section of the trail, thinning slightly with the introduction of a junction. Heading right towards Jaunbong it wasn’t long before an incessant parade of steps appeared, the upward thrust causing pockets of walkers to pause and congregate in clusters for water and snack bars. Some had even broken out a stove and were cooking up a soupy concoction. One old guy offered me a boiled sweet in broken English, proclaiming them as the elixir to conquering the mountain.

With humidity and no breeze, it was pretty tough going even with a boiled sweet. Some welcome respite came at Cheonchuksa, a small detour leading away from the upward procession and revealing a temple and its various ornaments snuggled into a cliff. Simultaneously serene and vivid, a spot offering fresh water to refill bottles, to take a break, to tread briefly on level ground and tiptoe in a suitably reverential hush. I could have lingered and probably napped.

But apparently the path to enlightenment continues up and up, past increasingly frequent groups pausing for food and water, wiping sweating brows, recovering breath and looking somewhat abject. Signs that were once in Korean and English had reverted to Korean but I deduced there was something like a kilometre to the top. And it probably took an hour, but after that time a rocky crag – which must have been Jaunbong – appeared above the forest. A crag bedecked with picnickers more convivial and relieved, catching hazy, smoggy views of the hills and occasional snatches of suburban apartment tower sprawl.

It was more like a series of mountaintops here, some reached via slick rock faces and chains, others by more sedate steps and switchbacks. In fact, there were paths leading off in any number of directions to various places unknown. The two information signs I could find were practically unfathomable and after its enthusiastic start my guidebook had given up the ghost. I’d like to say it was through rational deduction and decision-making that I made the right choice, but it was 90% luck and 10% checking the compass direction on my phone.

I cannot really offer many clues on the route, other than to say I didn’t descend dramatically but, rather, followed something of a lumpy ridge. This turned out to be the Podaeneugsan ridgeline and became blissfully less populous, following a patchwork of fragrant shrubs and shady trees pierced by a series of rocky platforms with more hazy views to Seoul. In the lull between two of these outcrops, a path dropped down towards Mangwolsa Temple, where I finally found my nirvana.

After climbing practically all day it was only when gravity was on my side that I fell completely ass over tit. A winding, gravelly descent was more competent than my footwear and I received a very nice caking of dust over one side of my body. Thankfully, no-one else was present to witness this event, something I was relieved about in terms of managing my own embarrassment. It’s like if a tree falls in a forest and no-one is around to hear it, does it make a sound?

Unharmed and dusting myself off as best I could, a few more corners led to the reveal of Mangwolsa Temple. This was the kind of place I had imagined before coming to South Korea, an idealised image within forested mountains far from the madding crowd. Okay, the sky could have been clearer, the foliage more autumnal. But this was pretty much exactly as I had imagined, making me wonder if somewhere, subconsciously, I had viewed such an image before. Featuring a bonus water fountain in which to clean myself up and refresh, this pause, this retreat was worth the hike.

That includes the steps down that were still looming. An endless shin-jarring descent back into the confines of Seoul, past red chillies drying in the haze, a shop made of beer bottles, under a roaring motorway and to Mangwolsa Station. All achieved without a $500 pair of trousers boasting 12 pockets and 20 zips. Not exactly doing as the locals do. 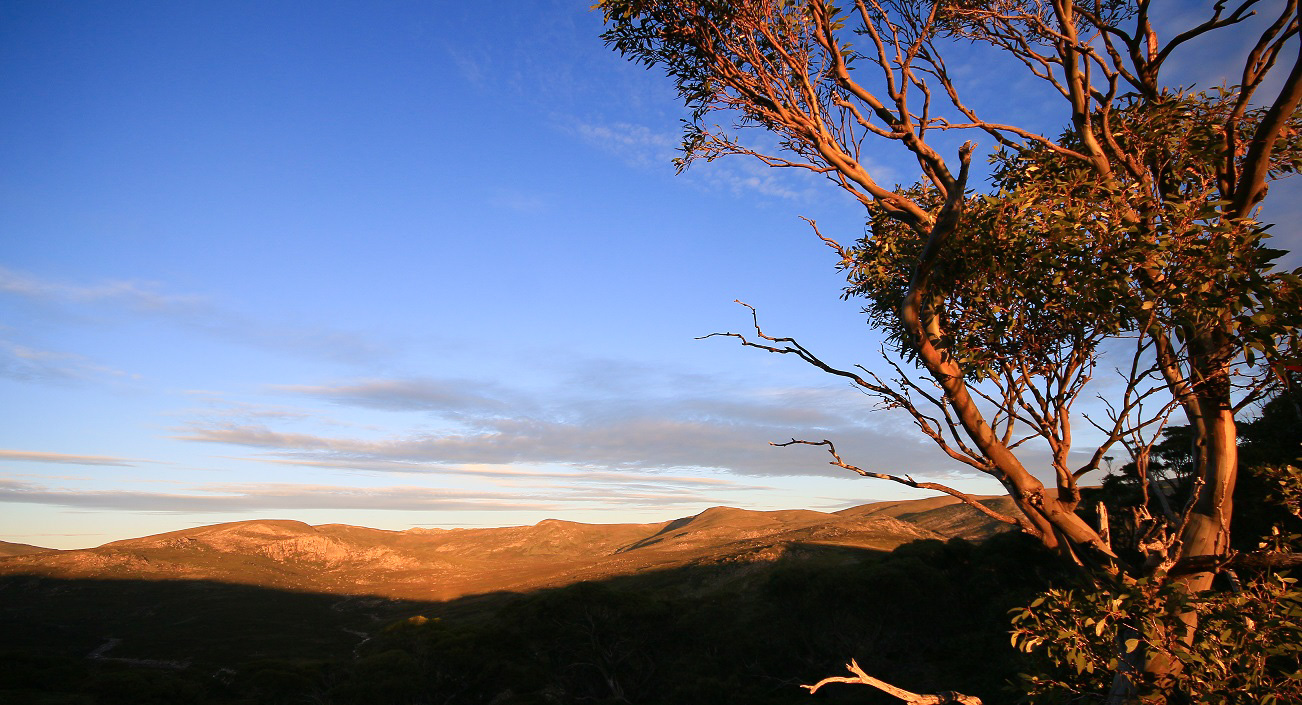